Become a Leader in Your Community! 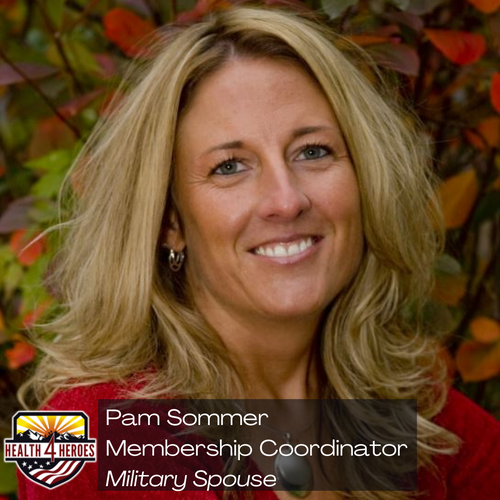 I am the mother of seven children and a grandma to a beautiful granddaughter and a military wife. I truly understand the sacrifices that families make to serve our country. One of our sons was just 5 days old when my husband was deployed to Iraq for 6 months. My heart is to serve in anyway that I can both our military community and first responders. They and their families all make sacrifices daily to serve and protect our communities and this great nation that we are able to call home. I feel very... 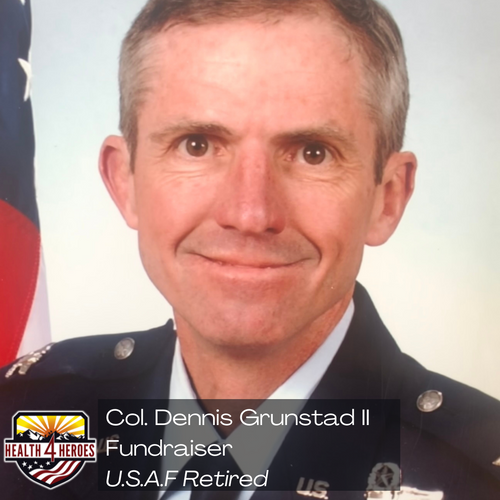 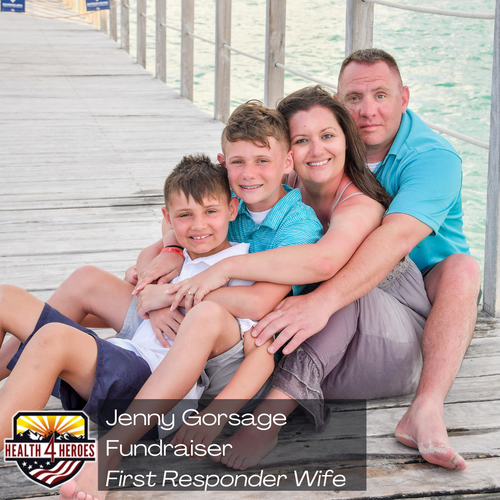 My husband and I have been married for 15 years and together for 25, we are high school sweethearts. We have 2 amazing boys, Caden 13 and Camren 10. They are passionate about football so that means we are a super busy household. We love to travel and enjoy showing our kids all the amazing places. They go everywhere with us. 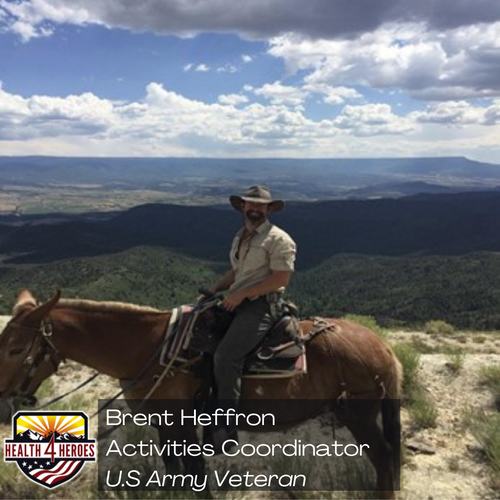 Brent was raised on the east coast living in Charleston, New York City, and Florida. Brent enlisted into the Infantry after graduating from San Diego State University. Brent served with the 173rd and 1stSWTG before being medically retired. After the military Brent earned his Masters in Tourism Management from Colorado State University. Since leaving the Army, Brent has focused on getting soldiers back out into the wild by facilitating outdoor... 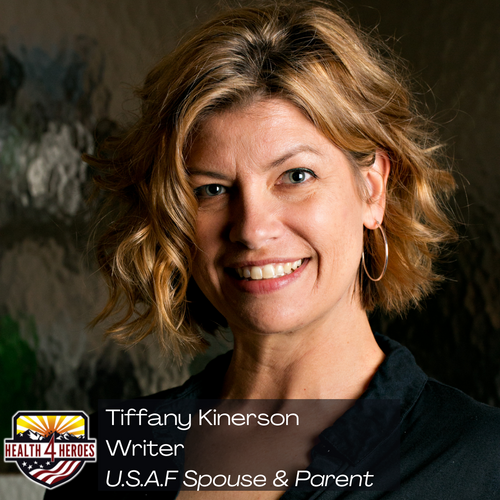 When Tiffany was growing up in Texas, her civilian father took her on tours of all the local Air Force bases, making sure to note the sports cars he was sure belonged to all the fighter pilots. Of course that influenced her decision to attend and graduate from Texas A&M University, where the ROTC program was over twice the size of the fraternal organizations on campus. Much to her dad’s delight, she did end up marrying an Air Force pilot who also had somewhat of a sports car—if you consider a... 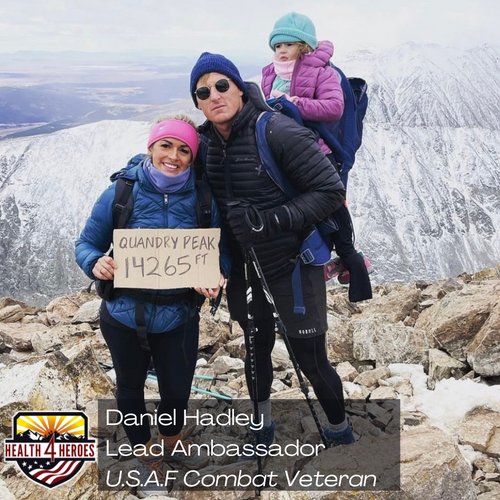 Dan recently joined Health4Heroes in 2022. Dan has been in the military for over 17, stationed at bases in ND, MD and Wy. He has served two tours oversees, Iraq in 2008 in Afghanistan in 2010.

Dan is currently finishing out his time to fulfill his military retirement. He lives in Northern Colorado with his wife, young daughter and three dogs. He enjoys anything fitness, from CrossFit to hiking!

Dan is looking forward to integrating his... 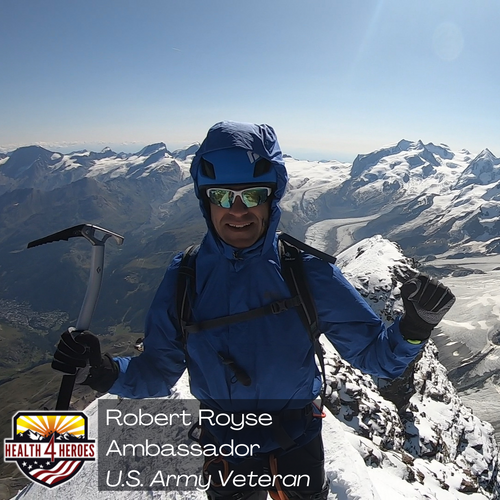 As a Colorado native, I joined the Army right after graduating High School in 1991. I was an 11B, trained at Fort Benning for Basic, AIT, and Airborne School. I was assigned to B co, 3 Battalion, 505th Parachute Infantry Regiment of the 82nd Airborne Division in Fort Bragg. I started as an M203 gunner, then quickly moved to the M249 SAW. After a year I was moved to weapons squad as an M60 gunner.

I left active duty in December of 1993 and came back to Colorado. I joined the CO National... 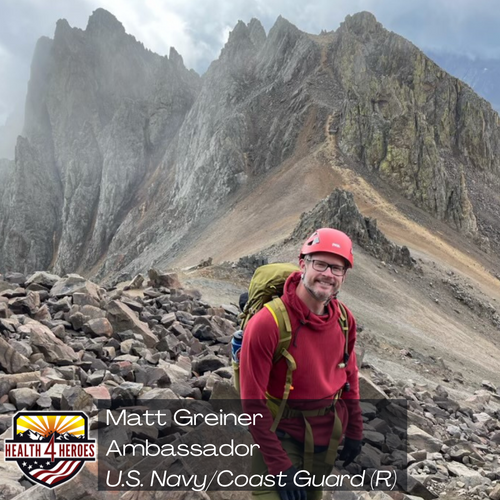 Matt Greiner lives in Parker and served 19 years of active duty between the Navy and Coast Guard before being medically retired in 2015 due to recurring acute idiopathic pancreatitis (the formal way of saying he keeps getting pancreatitis over and over and the doctors have no idea why). While on active duty, Matt was stationed on six different ships for nine years at sea conducting operations, intelligence, communications, and search and rescue, as well as supervisor of the Coast Guard... 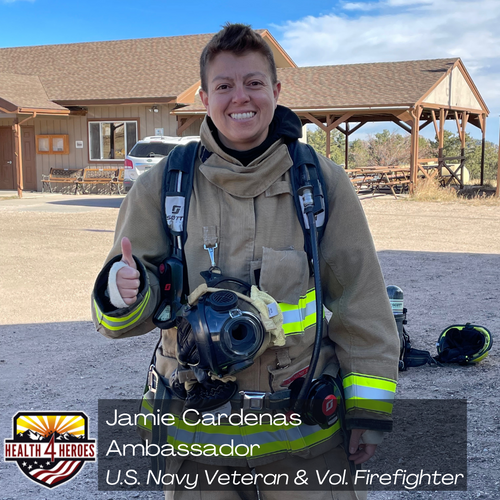 Jamie served as an Electronics Technician for six years in the Navy. After separating in 2021, Jamie transitioned into becoming a volunteer firefighter. She enjoys anything endurance and fitness related such as long distance running, hiking, CrossFit, and biking. Jamie and her wife have four fur babies. She is looking forward to being an ambassador for such a great organization to spread the word about taking care of your physical and mental health as a veteran or first...